Jane Seymour, OBE is an English actress best known for her performances in the James Bond film Live and Let Die; Somewhere In Time; East of Eden; Onassis: The Richest Man in the World; War and Remembrance and other famous movies.
Jane Seymour born on 15 February 1951 (age 67) in London, England.
See also  Emma Stone Height, Weight, Age, Affairs, and Biography

Jane Seymour said she briefly quit acting after she was sexually harassed by an unnamed producer around 1972. The 67-year-old actress admitted she felt a pressure to “be sexy” when she was younger, but age has given her more “freedom” and she feels comfortable with herself.

Seymour said the incident happened when a powerful producer invited her to his house to watch her screen test for a role. She said the producer told her: “I’ve persuaded everyone that you are the perfect person to play this role. It wasn’t easy. Now it’s your turn.” The producer, whom Seymour did not name, then put his hand on her leg “in the wrong place.” She said she moved away from him and asked him to call her a cab.

“He put me in a car and said, ‘If anyone knows you ever came here, if you ever tell anyone, ever, I’ll guarantee you never work again anywhere on the planet,” Seymour told the magazine. “And he had that power. I got in the cab and cried, terrified.” 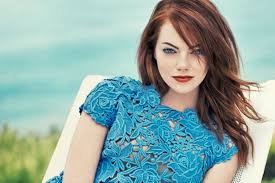