At one time, the Indian army’s stormy soldier Kabir (Hrithik Roshan) was killed by his trainer. Kabir’s student Khalid (Tiger Shroff) has the responsibility to capture the guru from anywhere.

How about : Hrithik Roshan and Tiger Shroff’s tantalizing action scene throughout the film. The two stars are a great hit for the fans. Some villains may remember Sanjay Dutt and Jackie Shroff. In the first part, the director kept the audience fascinated and shocked. But in the second part, the rhythm disappears somewhere. Even if you get full marks in the action, there’s no stopping the story throughout the entire screentime.

It had all the materials … action, drama, romance, harmonic lyrics, emotive location, car chase. But the cooking just didn’t work. Bani Kapoor is seen in the film’s small character. He had nothing more to do than increase the glamor on the screen. And Ashutosh Rana gave up acting in a natural way.

Director Sidharth Anand and his team have put a little too much emphasis on action when it comes to Hollywood’s taste in the film. The result is a frame like Fast and Furious or Mission Impossible. But it does not cover the weakness of the screenplay. After all, it can be said with certainty that the ultimate achievement in the audience is definitely Hrithik and Tiger. 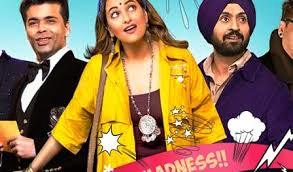